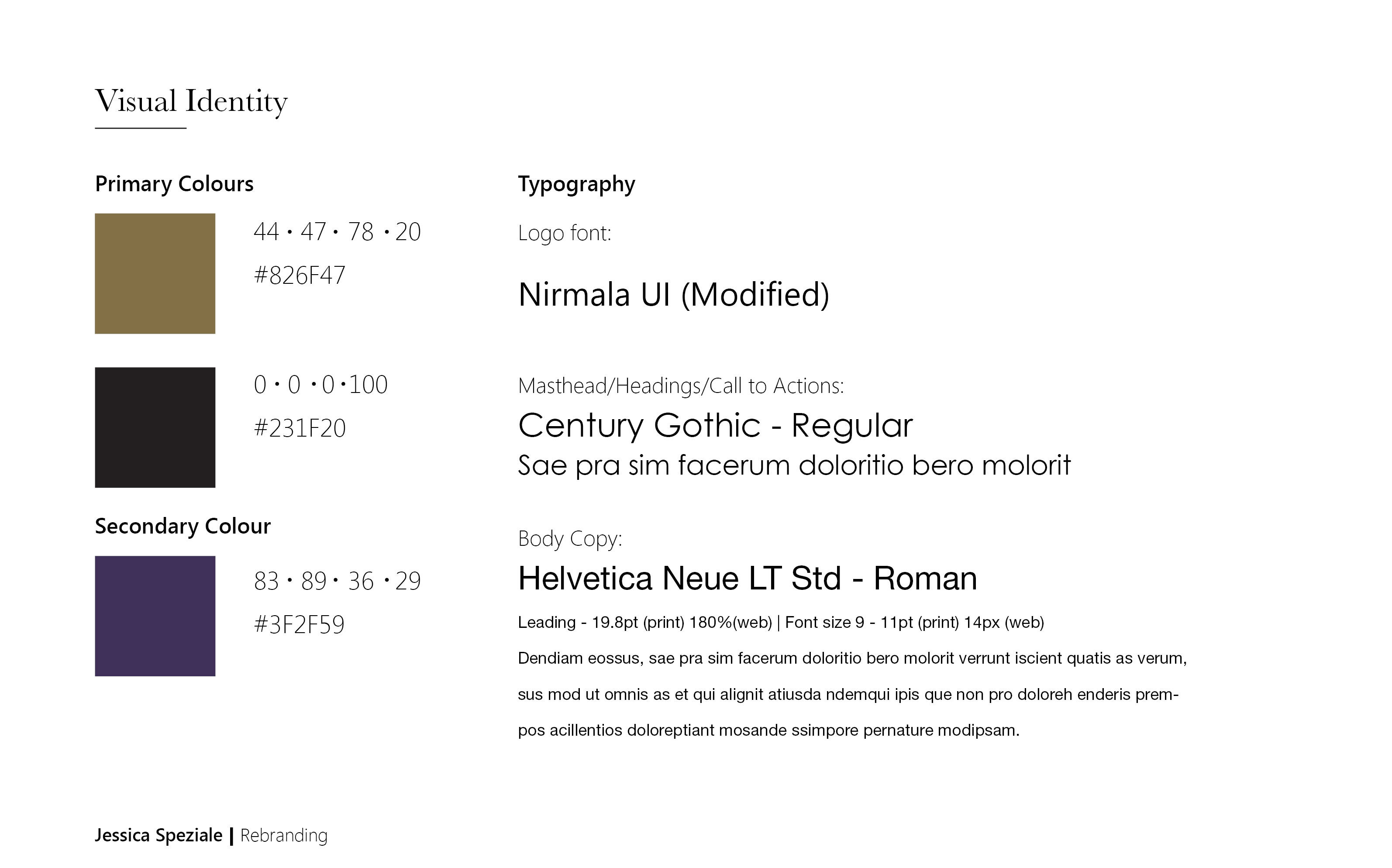 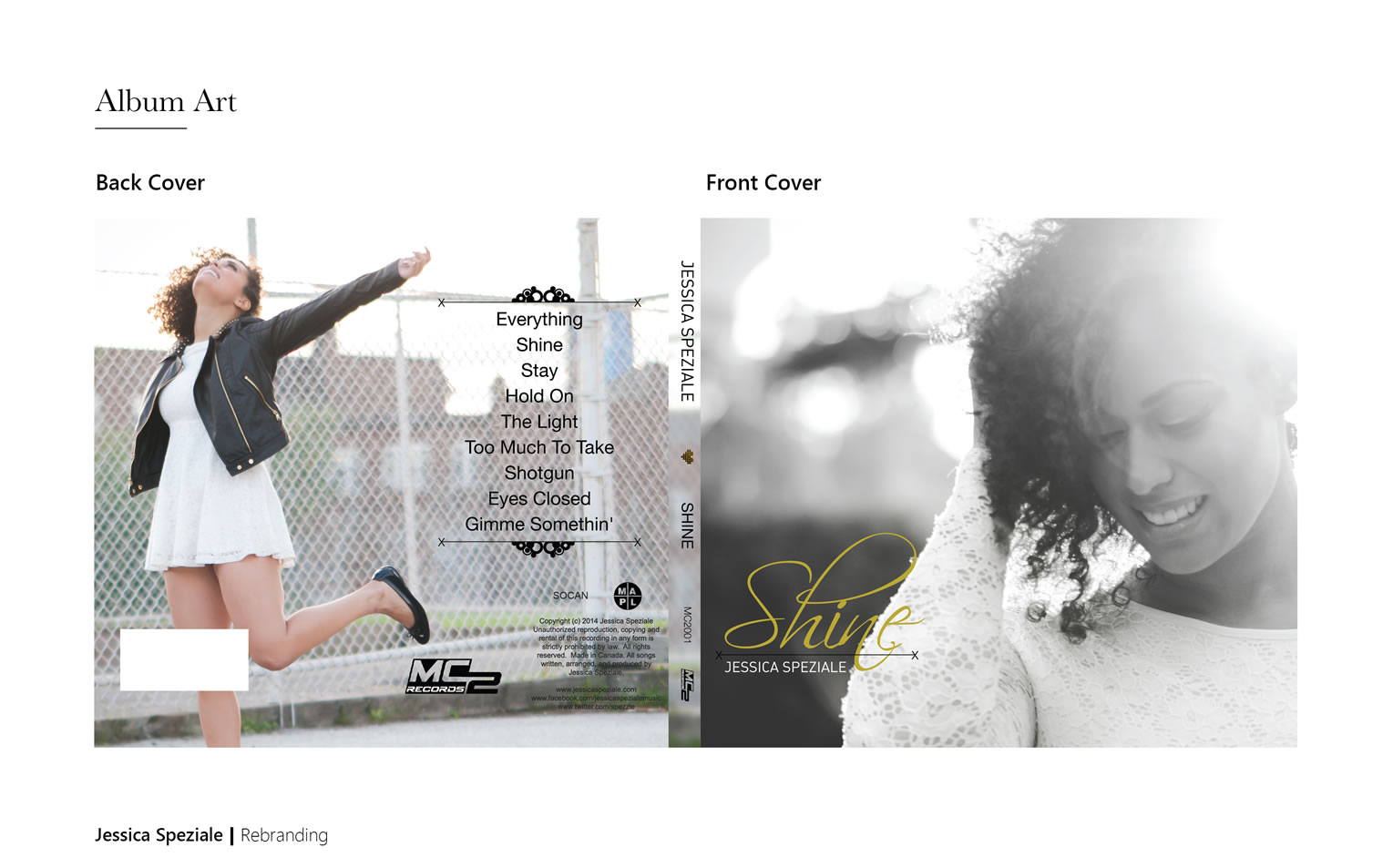 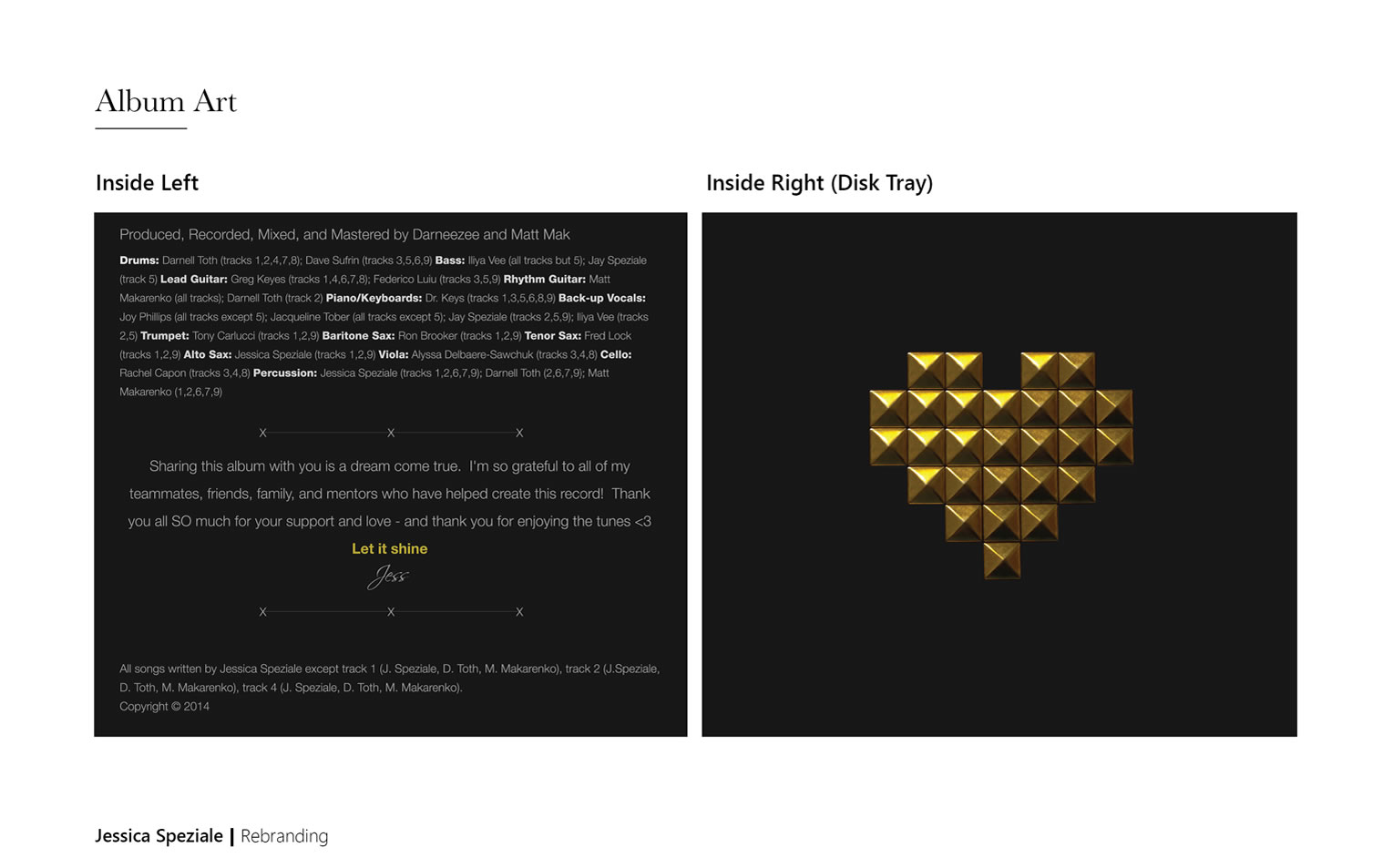 The project originally started out as design for Jessica’s second studio album called Shine. However, as we discussed what her overall goals were for the album, we discovered that she wanted to rebrand to something that was not only more suitable for the content she was releasing, but also to something that she could evolve with as she continued to grow as an artist.

I re-listened to Jessica’s previous album and sampled some of the songs from her (at the time upcoming) second album so I could gauge what had changed for her between then and now. From there it was on to sketching some concepts for her logo, choosing new brand colours and updating her old ones. After that, I mocked up how her new brand would work on various merchandise from t-shirts and hats, to posters and vehicles. I then moved on to doing the UX and UI design for her website, and concluded with the work on her album art, collaborating with a local photographer.

How do you take a pop-rock artist who was visually branded as punk and rebrand her to pop-rock/soul “with a twist”? To do this, the edgier and more grunge aspects of her branding needed to be done away with and we needed to start from scratch. As Jessica’s music had evolved into something more mature and elegant in contrast to her debut album, we needed to show this change, this growth and her direction. I simplified the typeface for her wordmark to a modern sans serif font and her brand colours from gradients into single tone hues. I created an icon with roots paying homage to pixel art, as something she could change and manipulate to fit whatever she needed to use it for. The result gave Jessica a new brand that fell in line with her new album, but was something that could evolve with her as she continued to grow as an artist. Coming off the heels of her first album Dear Reverie, Jessica wanted to rebrand herself with a more contemporary look for her second album, titled Shine. For this project I was tasked with creating a new visual identity for Jessica that she could use across several digital mediums. This identity included a new logo, her album art for her upcoming release, and her website.